The final #creatingcultures conference programme is out now: http://t.co/570l9YV1f7 I’ll be there, talking about #redditgifts

The “Creating Cultures” postgraduate conference (King’s College London, June 12/13) will explore intersections between contemporary media, participatory cultures and creative industries. The programme covers critical issues in journalism, looks at cities and contested spaces as well as practices of artistic and activist participation. Lev Manovich will present the first keynote on Thursday, with a response from David Berry. I will contribute to the section “Digital Participatory Communities” with a presentation on the Reddit-marketplace and its gift-exchanges.

END_OF_DOCUMENT_TOKEN_TO_BE_REPLACED

In an earlier post this year, I have referred to Barack Obama’s question-and-answer session which he gave using the social news aggregator Reddit in August 2012. The article below is a summary of a more extensive analysis which I presented at the “Watching Politics” symposium at University of Warwick.

END_OF_DOCUMENT_TOKEN_TO_BE_REPLACED 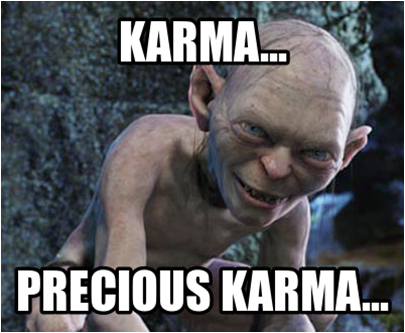 ‘Gamification’ ‒ a term coined by Nick Pelling in 2002 ‒ has become a ubiquitous, though somehow transparent layer of social media. The concept describes the transfer of elements, typically known from video/computer games, into non-gaming contexts. Characteristic strategies of gamification are the inclusion of achievement badges, levels and progress bars, providing virtual currencies or points. In contrast to games however, social media usually do not offer objective procedures in order to gain achievements and rewards of participation. Following a games’ pre-defined structure will usually lead to in-game rewards ‒ at least in terms of progress in the gameplay. On the other hand, arbitrarily posting on Facebook cannot warrant likes from your friends; content which is considered boring or promotional will not give you upvotes on Reddit; in order to be retweeted or faved on Twitter your initial tweet needs to be of some informational or entertaining value for other users. Superficially seen, participation is led by incentives similar to gaming, however users do not interact with a calculable programme. Hence, if they want to gain rewards for their participation, they have to acquaint themselves with content logics, audience preferences and communication habits of the respective social media. In order to achieve and maximise feedback ‒ or rather gratification, they adjust their social media participation to an assumed audience.

END_OF_DOCUMENT_TOKEN_TO_BE_REPLACED

It’s been a while since Barack Obama answered users’ questions on Reddit, but here are some late thoughts on this anyway. I will present a short paper on this topic at the interdisciplinary symposium “Watching Politics“, University of Warwick, 31st of May 2013.

When Barack Obama announced his participation in Reddit’s Ask-Me-Anything subsection on 29th of August 2012, the message circulated rapidly among various social media. Only three hours before answering users’ questions on Reddit, he informed via Twitter: “Hey, everyone: I’ll be taking your questions online today. Ask yours here”. END_OF_DOCUMENT_TOKEN_TO_BE_REPLACED

This is an abstract for a paper which I am working on at the moment:

Social News Websites such as Reddit temptingly suggest that we regard the collaboration and communication between users as rather idealistic exchanges. It is not only “a website about everything”: it also claims to be “powered by community, democracy and you”. Reddit is a social news aggregator topically divided into subsections (subreddits) where users (Redditors) willingly share personal experiences (/r/todayilearned/), hand out advice (/r/relationships; /r/Drugs/), support e-learning  (/r/IWantToLearn/) and even commute material gifts (/r/mysterybox). Users can up- or downvote posts and comments which has the dual function of ranking content (Reddit’s self-professed democratic structure), while enabling the collection of user ›Karma points‹ representing the value of a contribution. The respective measurement may be helpfulness, informativity, creativity, provocativeness, innovation, wittiness etc. This paper sets out to investigate and differentiate the logics of exchange and inducements for collaboration that allow for productivity and traffic that one can observe on Reddit. END_OF_DOCUMENT_TOKEN_TO_BE_REPLACED